Allows converting polylines into one or multiple polygons.

This tool allows converting polylines into one or multiple polygons. Source polylines can be single part, multi-part or mixed in the layer. Resulting polygons can be saved in a new shapefile or as a geodatabase feature class. 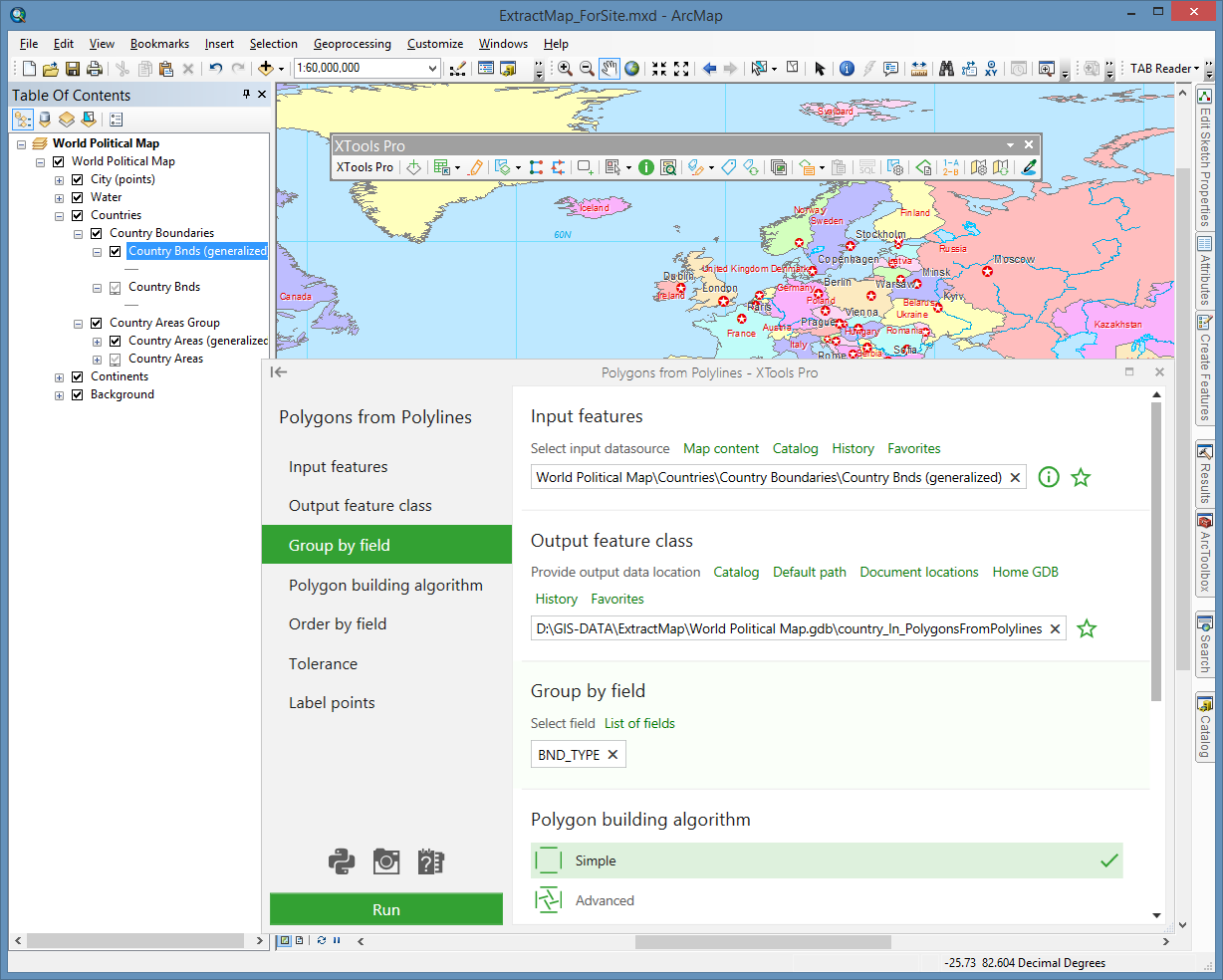 There are two algorithms to build polygons from polylines.

Simple algorithm – for this method the polylines do not need to be snapped together. Gaps between polylines will be bridged with a straight line. But the order of input polylines, sorting, and topological accuracy of the input data are very important to get the expected result. The tool does not break the polylines at the crossing points, that is, you will need to manually remove intersections and dangling nodes related to these intersections and only after that to run the tool using the simple algorithm option on the newly prepared polyline layer.

The Group by field option allows creating multiple polygons by selecting the field, by which the input features will be grouped.

The Order by field option allows specifying the order of input polylines for polygons creating. The option can be used if input features order is known and should be considered. Input features direction is also taken into account when ordering.

The option is available only for Simple building algorithm.

By default no field is selected. As an example, ordering can be defined either by the FID field (the polylines digitizing order) or by any other appropriate attribute field.

The Tolerance option allows specifying the distance between lines that are not connected with each other, within which the points coordinates are considered identical (with Simple building algorithm).

Specifying the tolerance with Advanced building algorithm, you can decrease number of “dangling” polylines and so get more output polygons without preliminary topological correction of the input data.

The Label points option allows using the point feature class as the labels source for the output polygons. The attribute field specified in the Display Expression on the Display tab of the point layer properties is used as label values. As a result, the label values from the specified point layer will be saved in the attribute table of the output polygons (Label field). 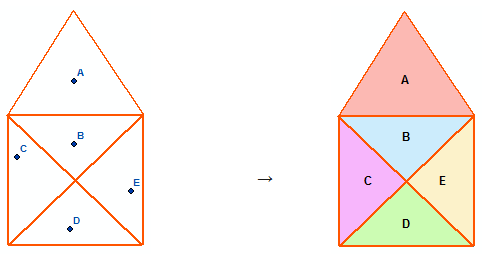