Erases features from input layer by features of overlaying layer. 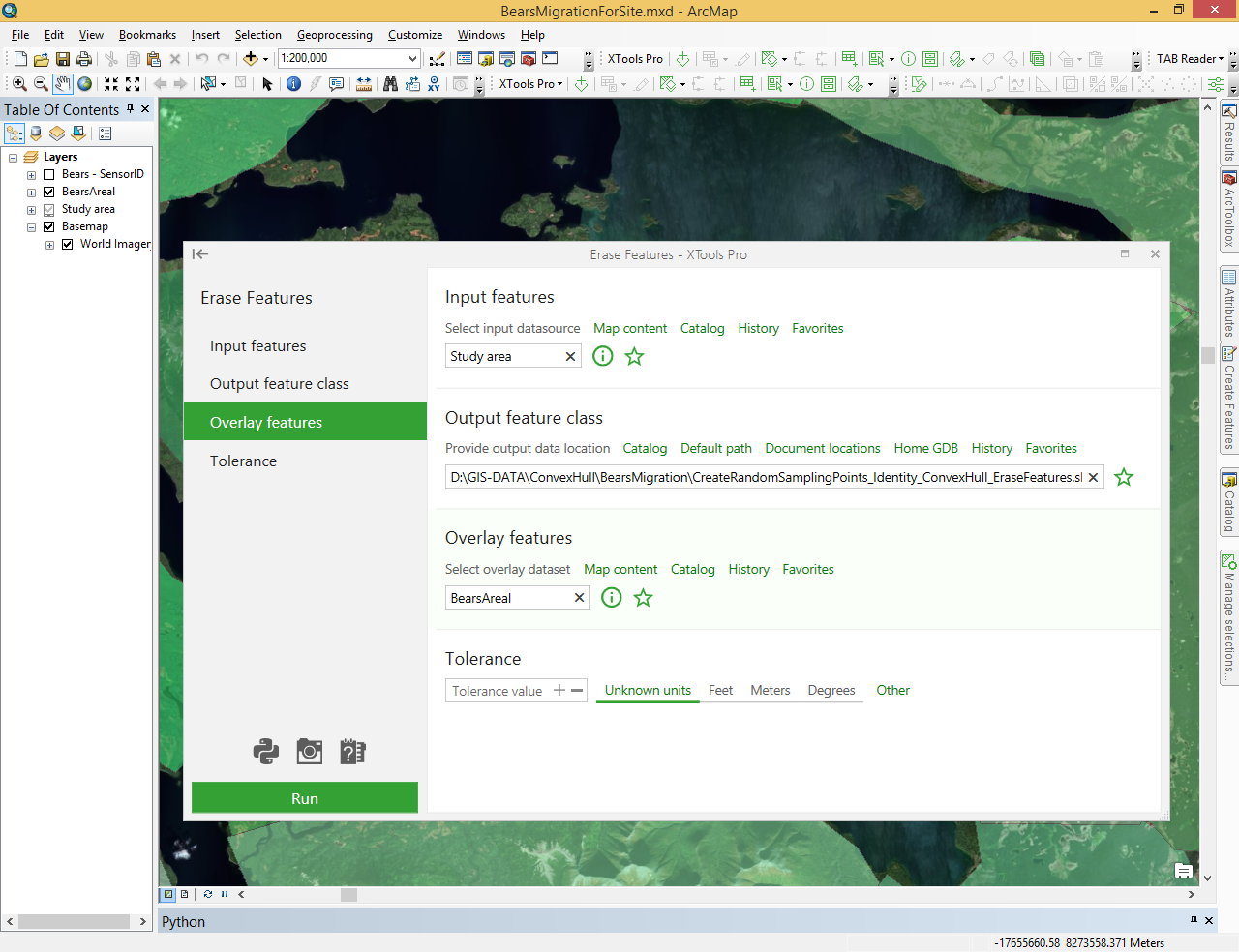 The overlay erasing layer features can be points, polylines, or polygons, at that the input layer features should be of the same or simpler geometry type.