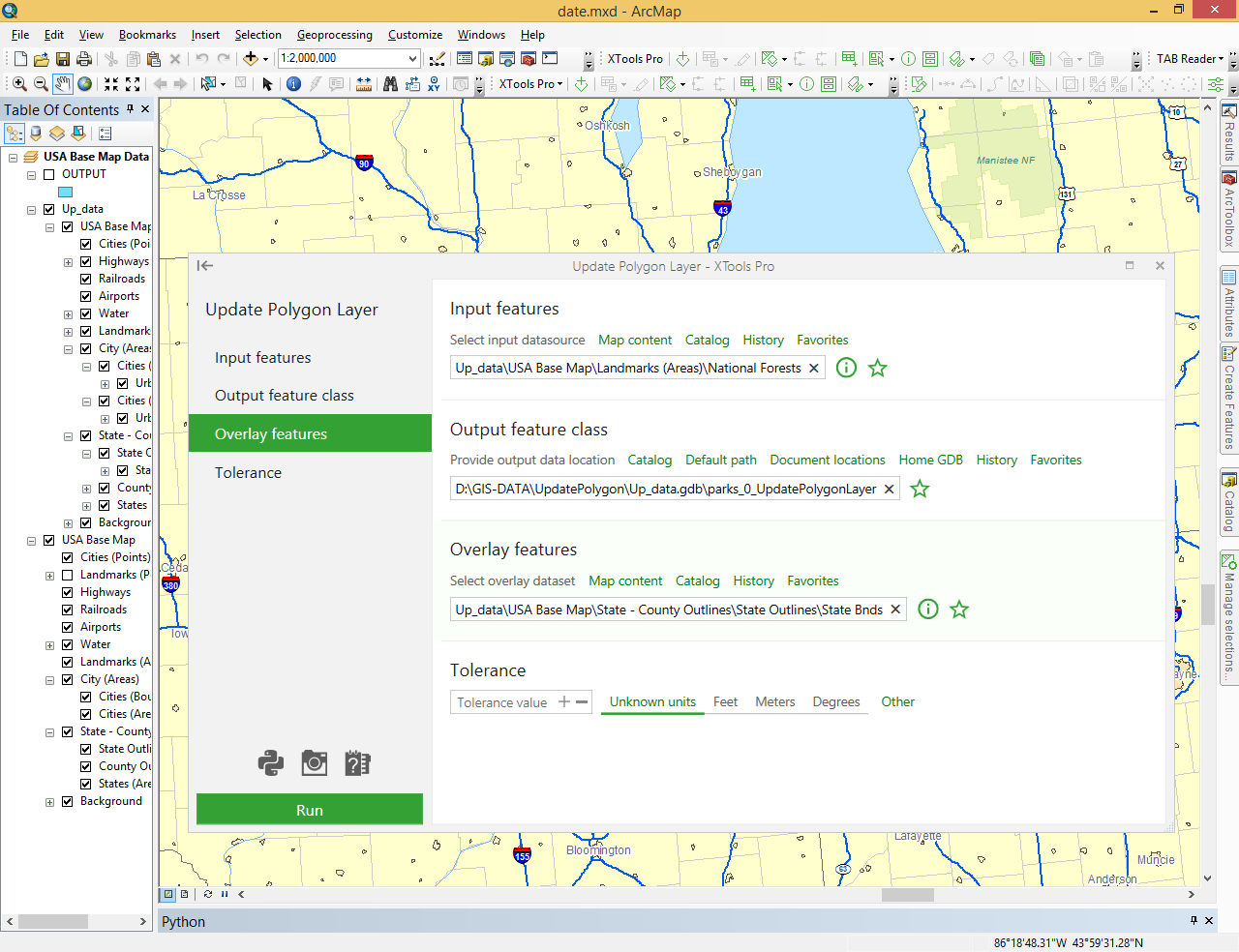 The “Update Polygon Layer” tool is one of XTools Pro tools for work with layers. The tool functionality is similar to the “Erase Polygon Layer” tool, except that the input layer features which overlap the updating extent are erased instead of being updated. The tool can also be used on polyline and point features.