XTools AGP is a new add-in for ArcGIS Pro application.
Initially provided with a fewer tools and features it will represent broader functionality of the
XTools Pro extension to ArcGIS for Desktop extending ArcGIS Pro and facilitating transition
to this new GIS application for the end-users 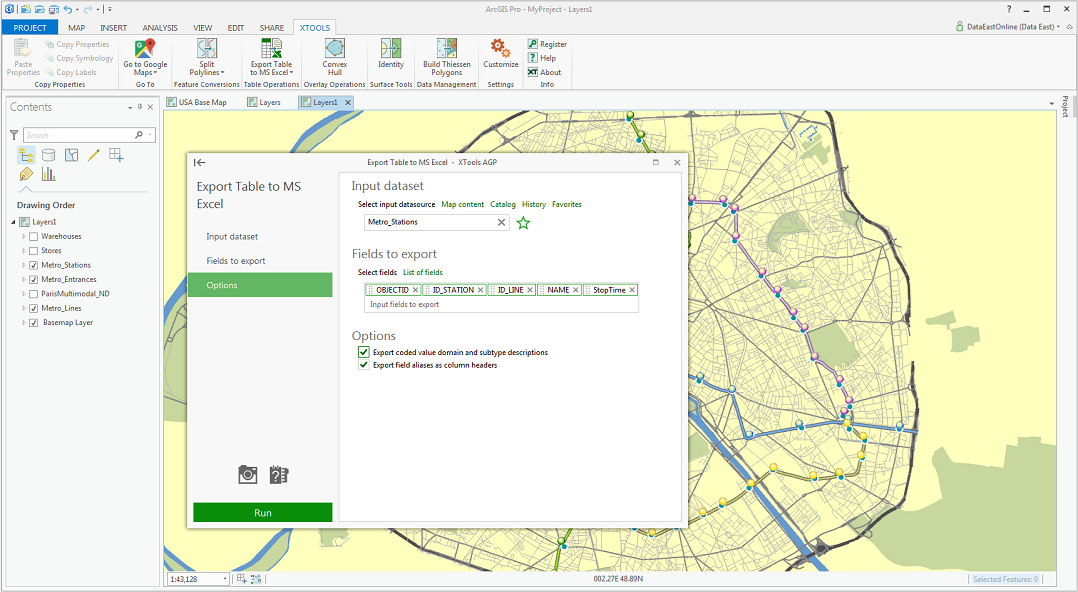 A new tool allowing searching for features in a given layer and combining multiple attribute and spatial expressions in one search query. 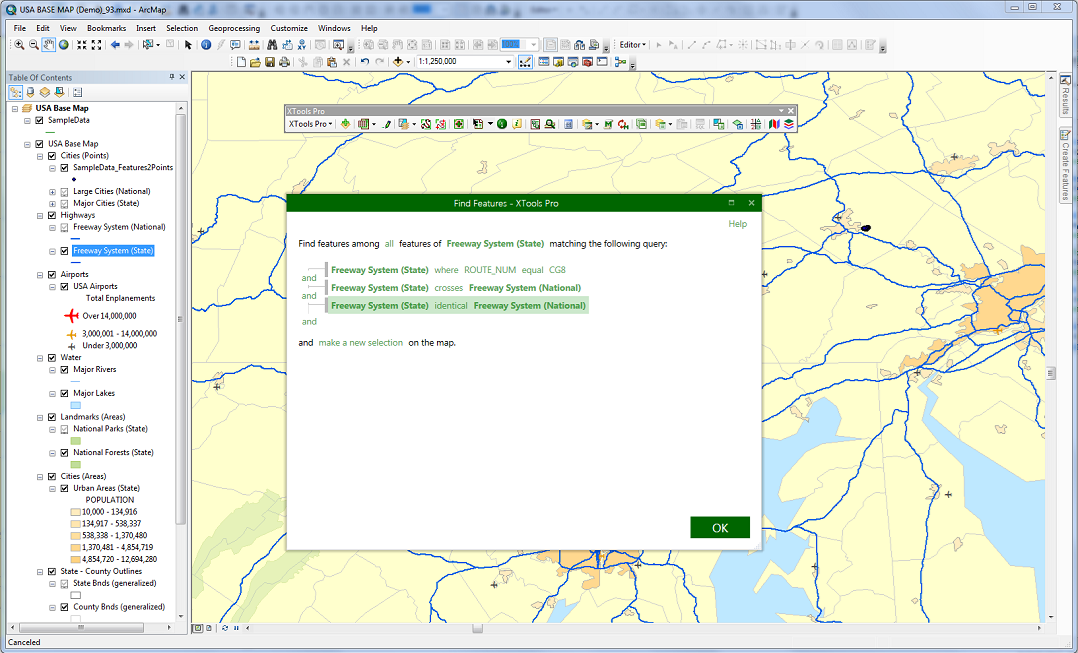 A new tiny feature allowing to quickly find in Catalog datasets for the items (layers, tables) selected in the table of contents in ArcMap. 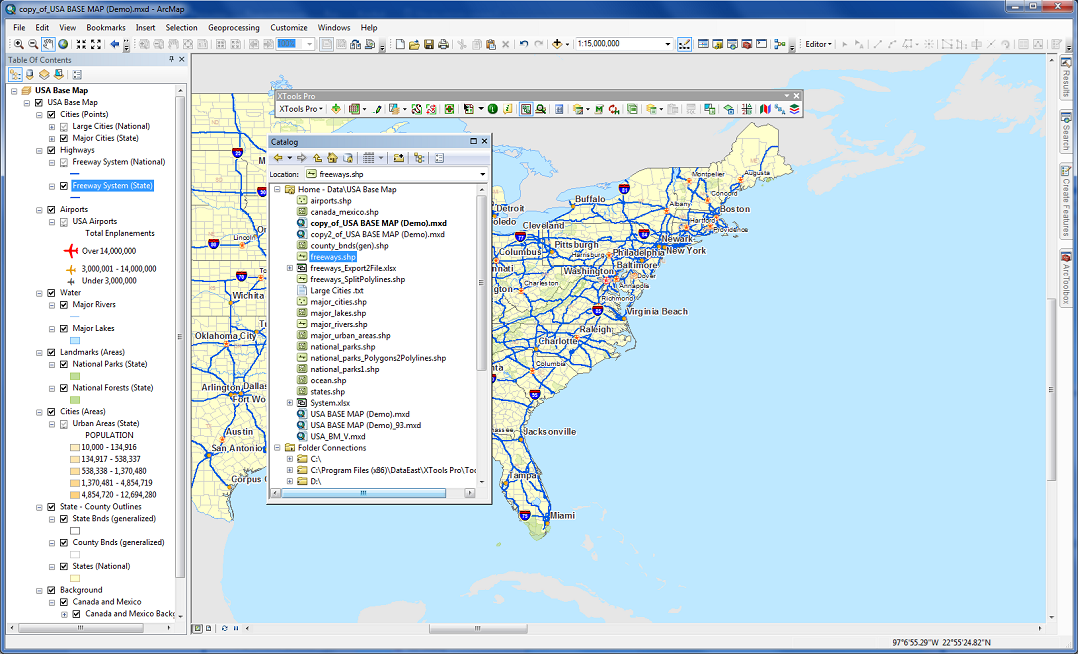 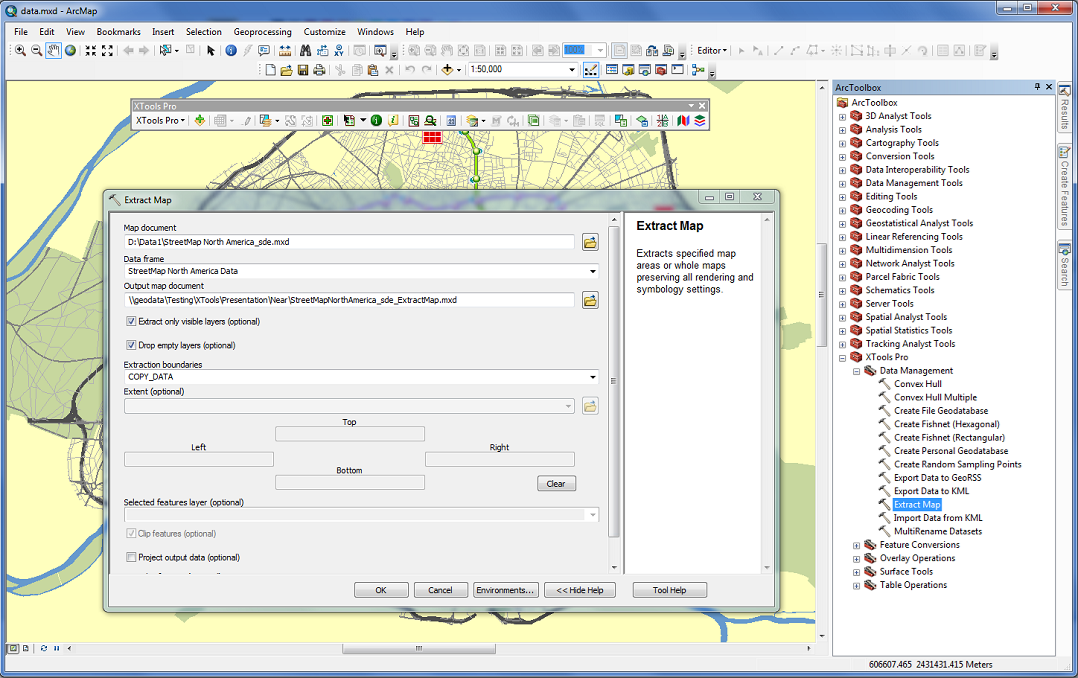 A new command added to the Go to menu for the new ArcGIS Earth application. 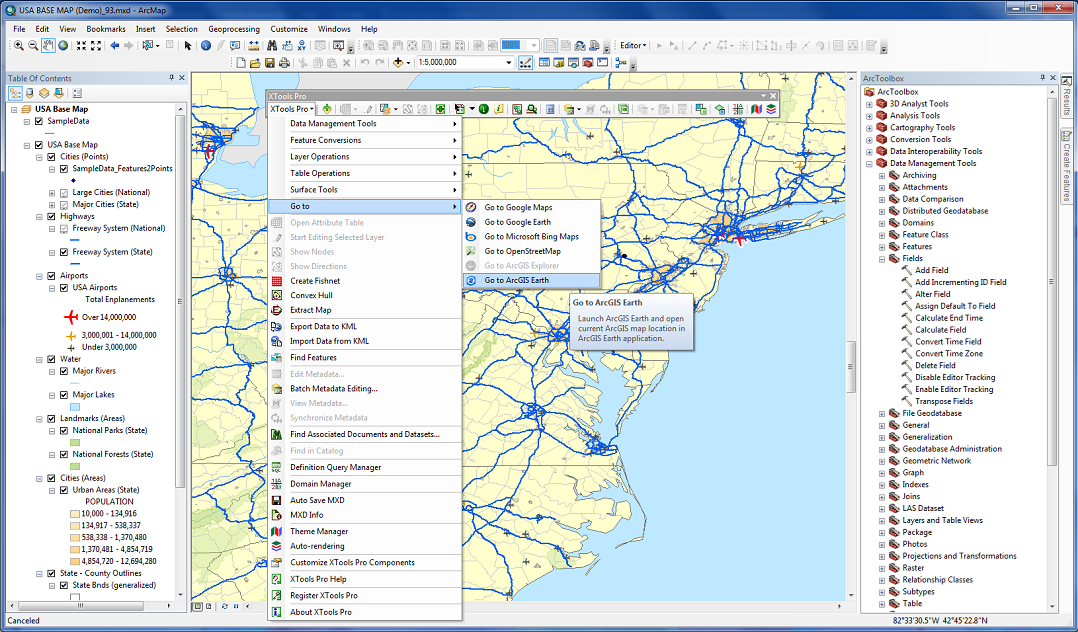 Make Selected Layers the Only Selectable

A new simple feature to make selected layers the only selectable and all layers selectable in just a couple of clicks. 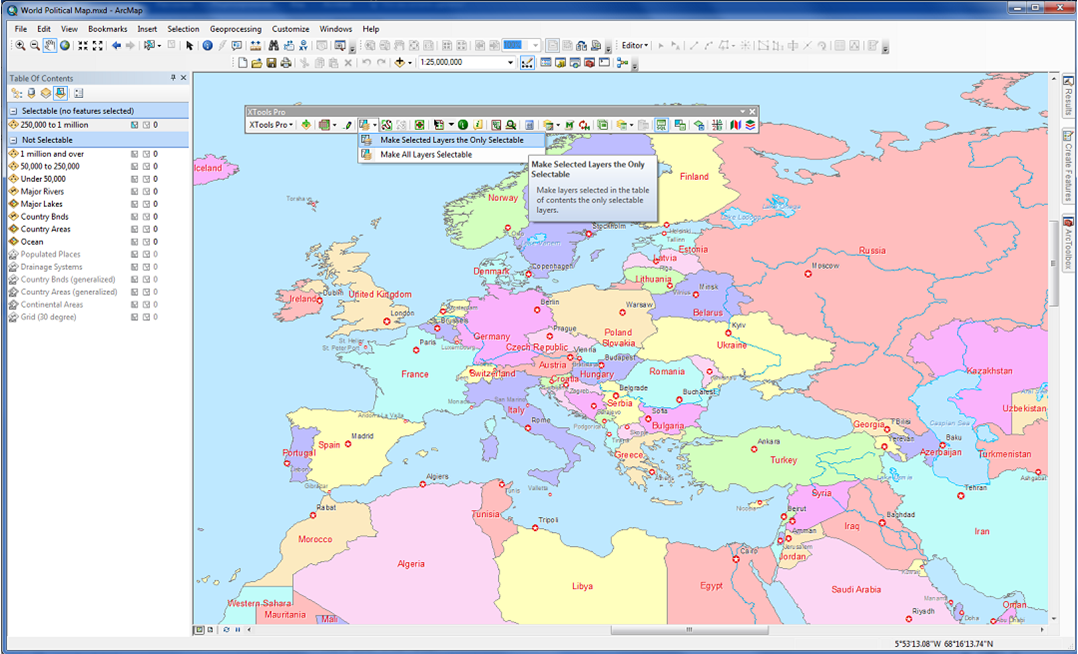 - New user interface.
- New search algorithm.
- Now you can get multiple search results when fixing broken data sources or searching for other data sources and select the one you need. 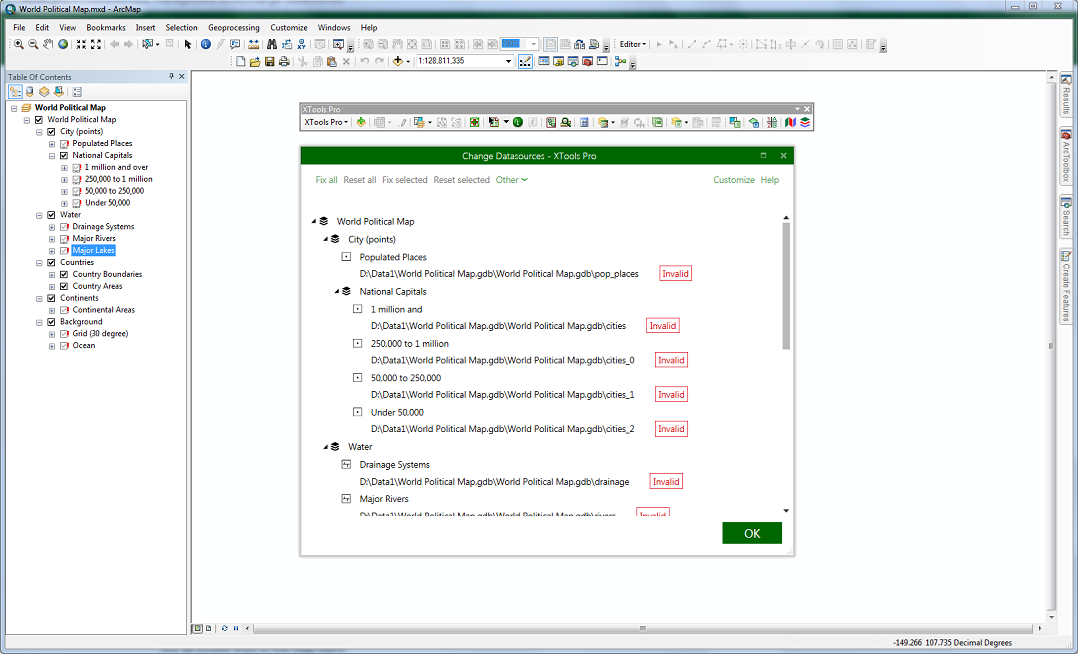 - New user interface.
- New tags now allow to group layers and queries and enable/disable them at once. 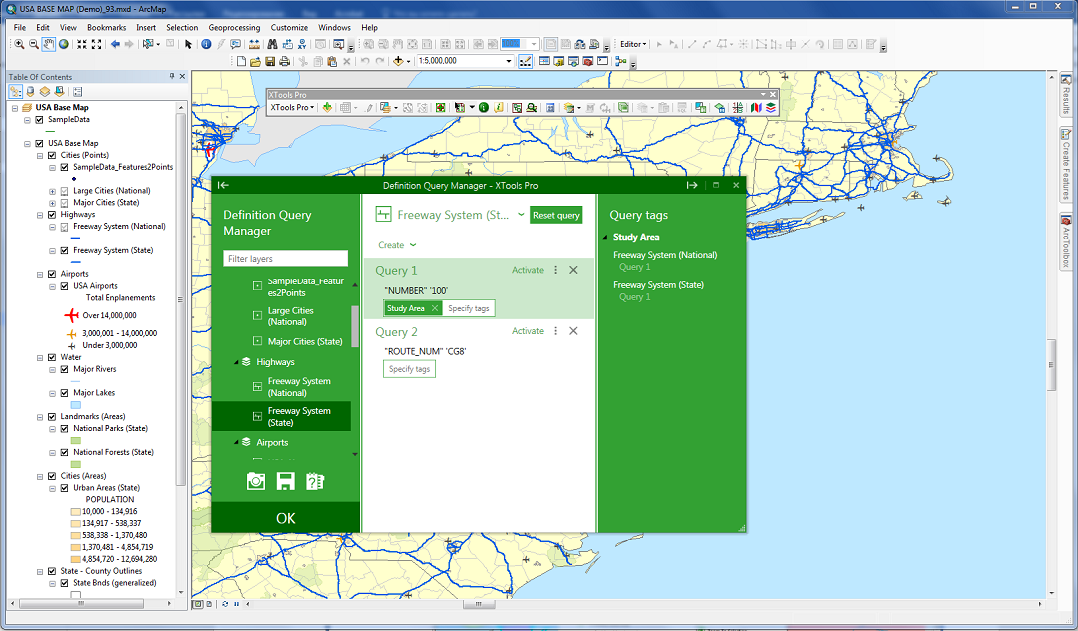 - New user interface, the tool is now represented as a dockable window in ArcMap. 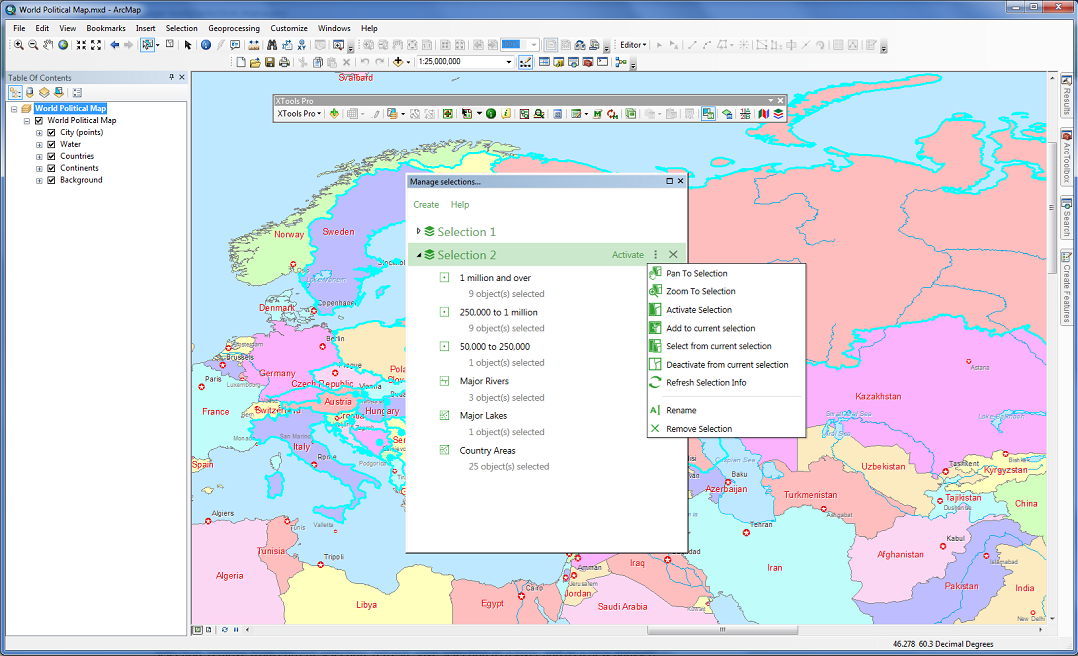 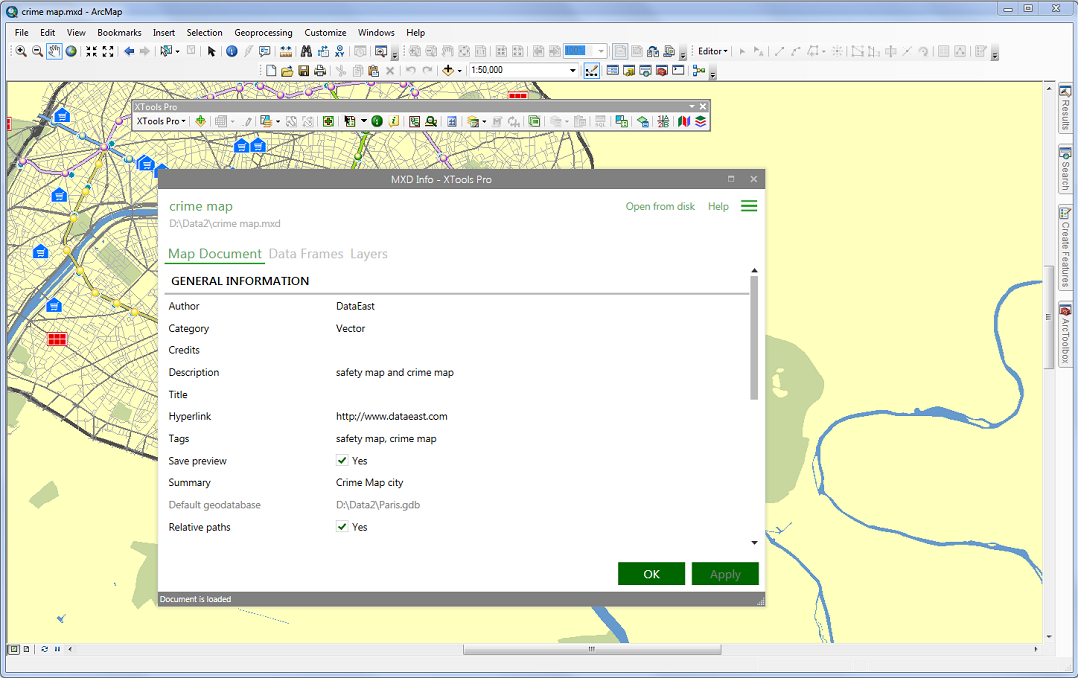 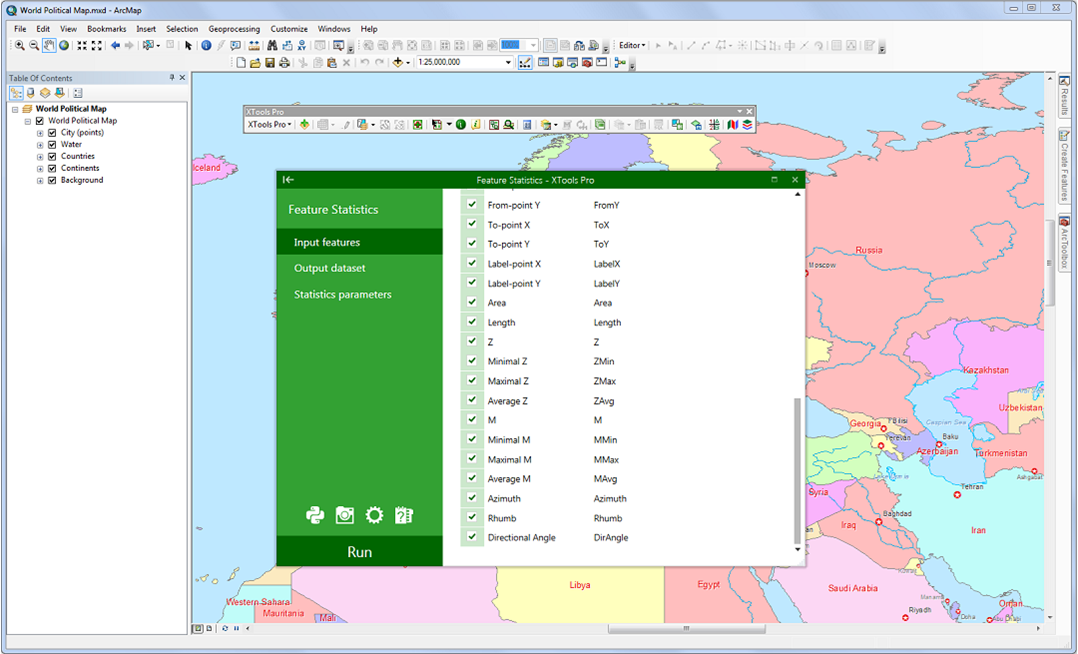 - Fixed a bug in working with feeds in W3C Geo format (messed up lat/long coordinates resulted in flipped data loaded to the map).