Allows reading GPX files (version 1.0 and 1.1) directly in ArcGIS and adding them to the map.

Doing field work, traveling or just riding a bike with GPS tracker you can write and collect GPX files with recorded tracks, waypoints or routes. Then you may need to add data collected in the field as GPX files to your map in ArcGIS. This is not always an easy and straightforward process as not so much is available for that out of the box.

In order to support and facilitate such efforts XTools Pro provides an ArcGIS Plug-in data source that allows reading GPX files (version 1.0 and 1.1) directly in ArcGIS and adding them to the maps. The most part of attributes including extensions saved in GPX file will be kept in a feature layer attribute tables. 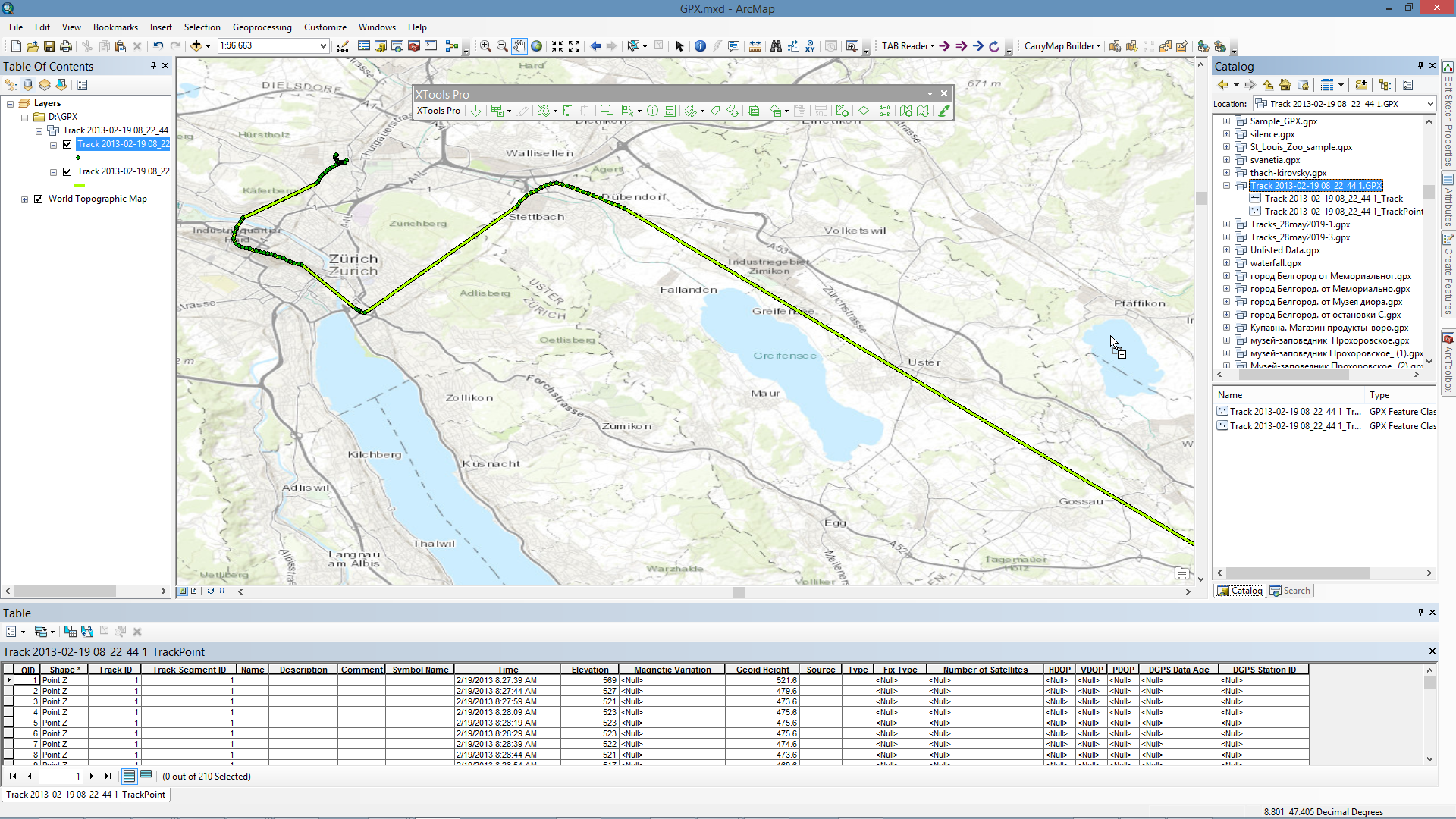 for routes and tracks lines:

Besides, following extensions are supported:

This video demonstrates how you can use the XTools Pro tools to work with GPX files in ArcGIS.

You will see how you can bring GPX files directly to ArcMap and ArcGIS Pro, import GPX files to ArcGIS formats and export data from ArcGIS to GPX files.