Allows importing data from GPX file to ArcGIS (shapefiles or geodatabase feature classes) keeping the most part of attributes including extensions.

GPX, or GPS Exchange Format, is a light-weight XML data format that stores recorded GPS data (waypoints, routes and tracks and their attributes) to use in different applications and online services. In GPX file all coordinates are in WGS84 coordinate system, all measurements are in metric units, timestamps are recorded in Coordinated Universal Time (UTC +00:00) conforming to ISO 8601.

Import from GPX tool imports GPX file data (version 1.0 and 1.1) to shapefiles and geodatabase feature classes (points and polylines). Attributes including extensions saved in GPX file will be kept in a feature class attribute tables. You can select output spatial reference to project GPX data into the coordinate system you wish. Also you may specify output time zone for converting input timestamps. 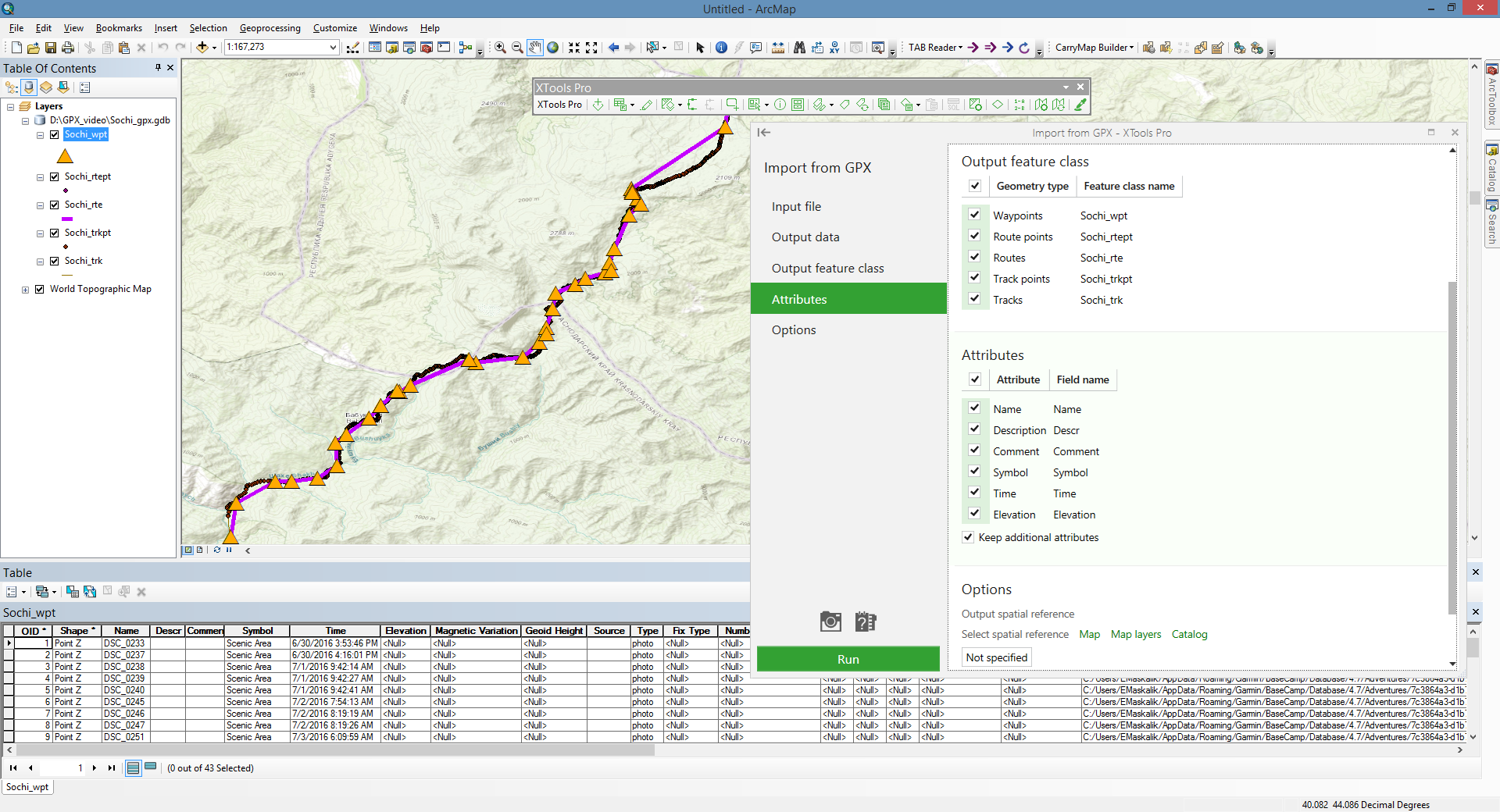 All GPX version 1.0 - 1.1 attributes are supported. Importing data from GPX file you can select attributes that will be added to the output feature class attribute table from the input GPX file: 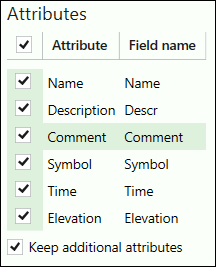 for routes and tracks lines:

Besides, following extensions with their attributes are supported: