Converts selected polygons to center lines and stores them in new shapefile or geodatabase feature class.

The “Center Lines” tool is provided for creating polylines going through the center of the input polygons. If input polygon has a complex shape then the minimum skeleton of the polygon will be created as its center line. As a simple example, the tool can be used when river polygon features need to be represented as polyline features for the generalization purpose. 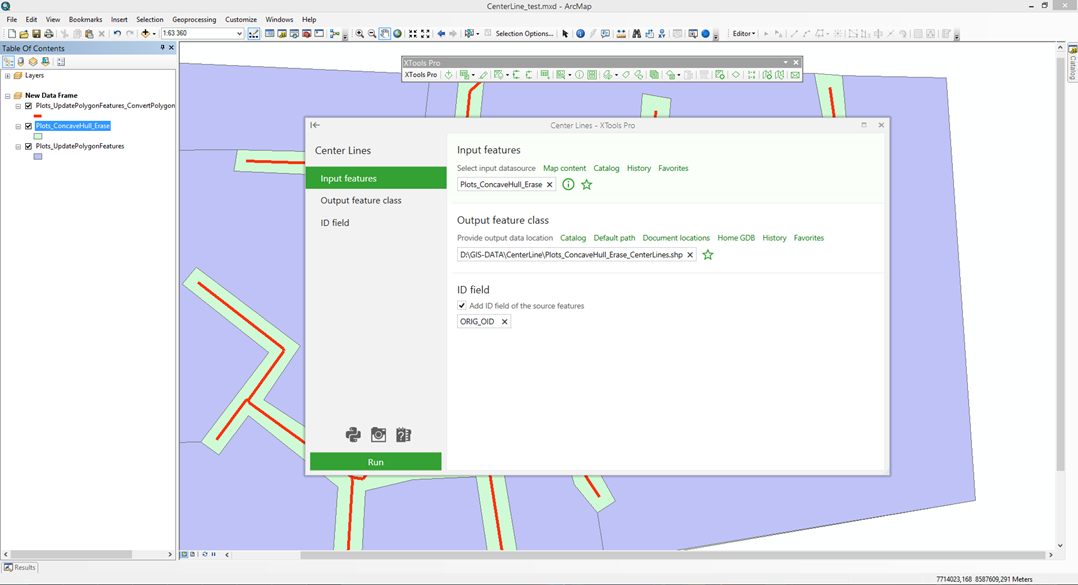 Created polylines can be stored either in a new shapefile or in the geodatabase feature class.  If no polygons are currently selected, all polygons in the layer will be processed. Source layer may include single part, multipart or complex polygons. The output polyline attribute table will consist of the same fields as one of the input polygons, except ID field that can be optionally added.