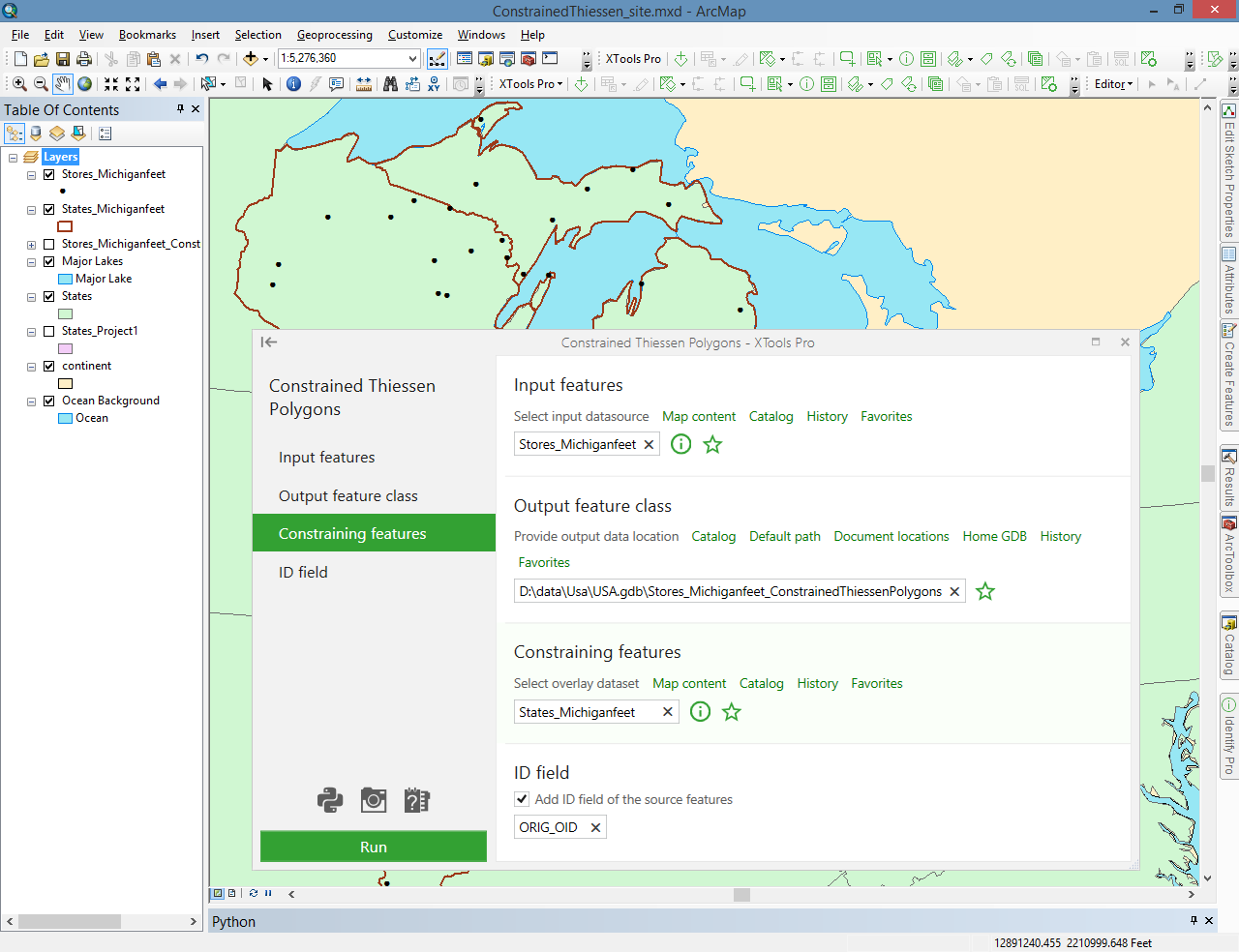 Building constrained Thiessen polygons may be used for defining the accessibility (proximity) zones considering various natural, administrative or other boundaries. Analysis of potential customers location territories for a retail chain store based on its proximity within a state is the tool application example. 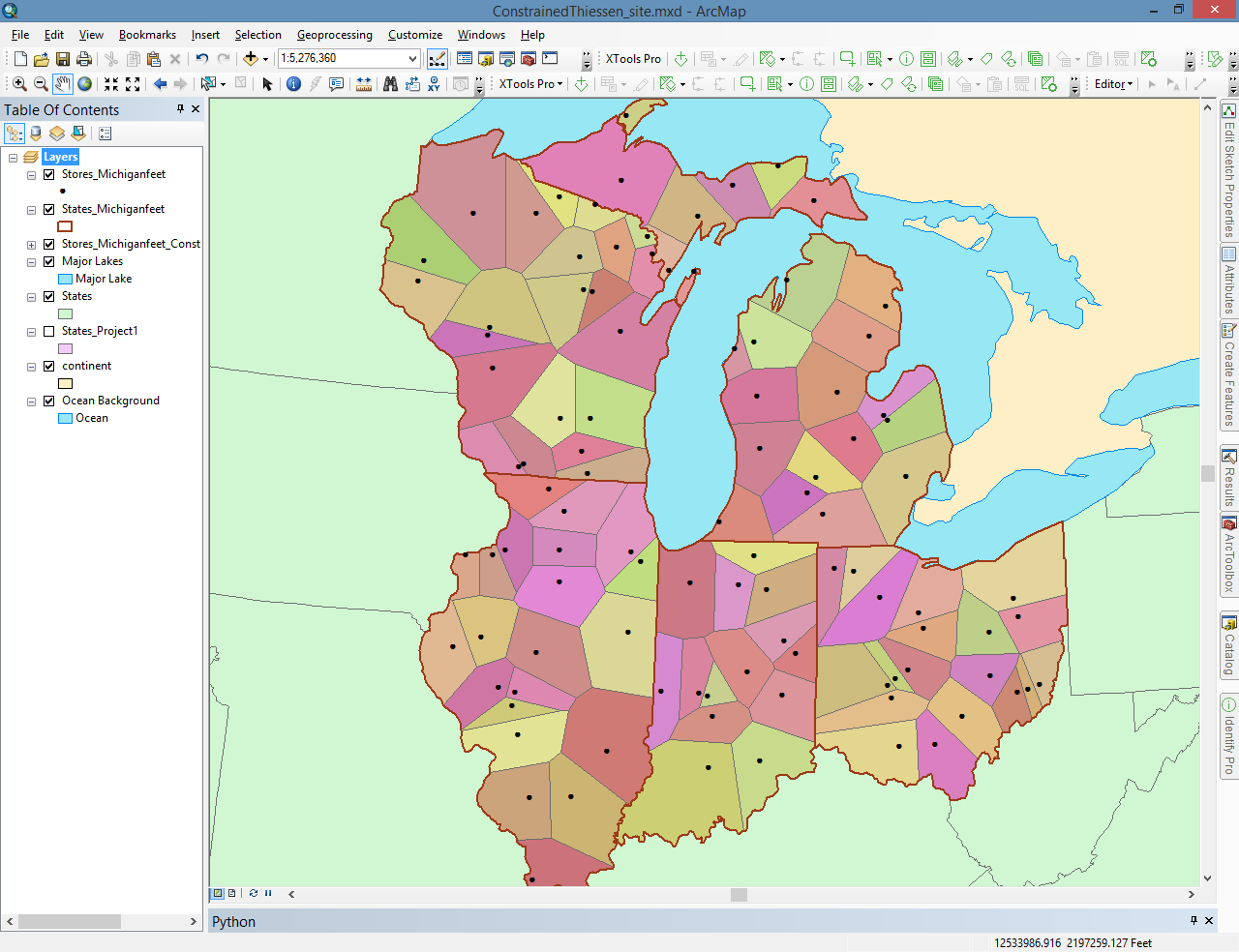 Besides, the tool provides following additional options for the created Thiessen polygons: