The "Attract Features" tool is provided for attracting point, polyline and polygon features to the specified baseline features. Attracted features are stored in a new feature class. 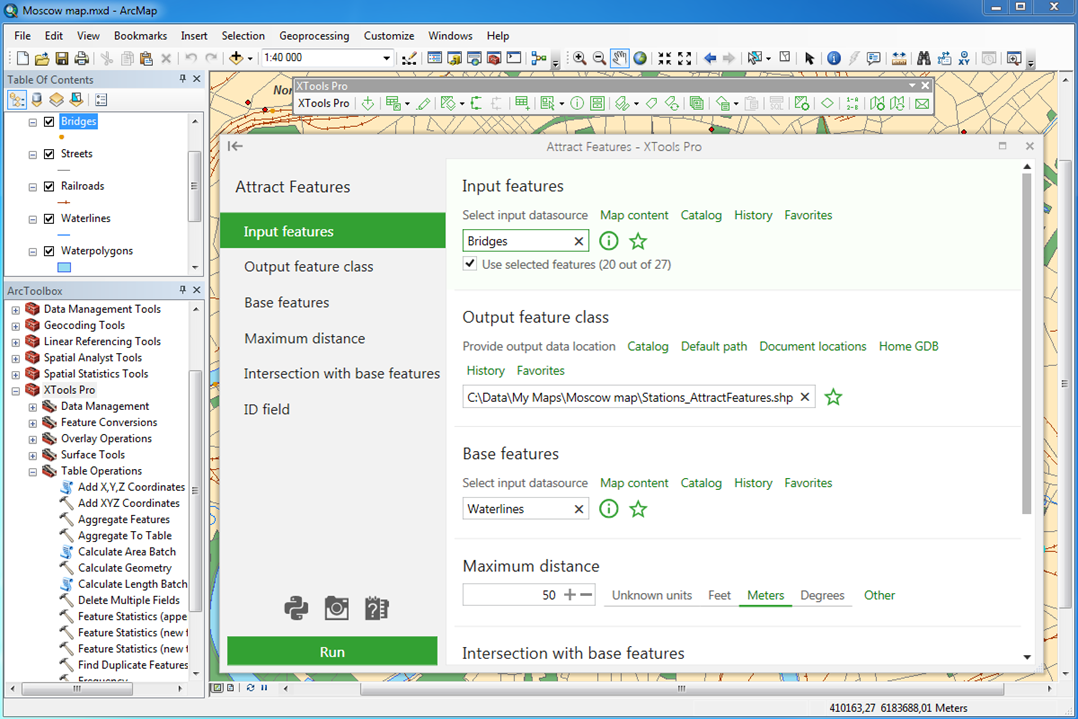 3D features are not supported. If selected base features have Z coordinates, then input features will be moved to the projection of these lines on surface. 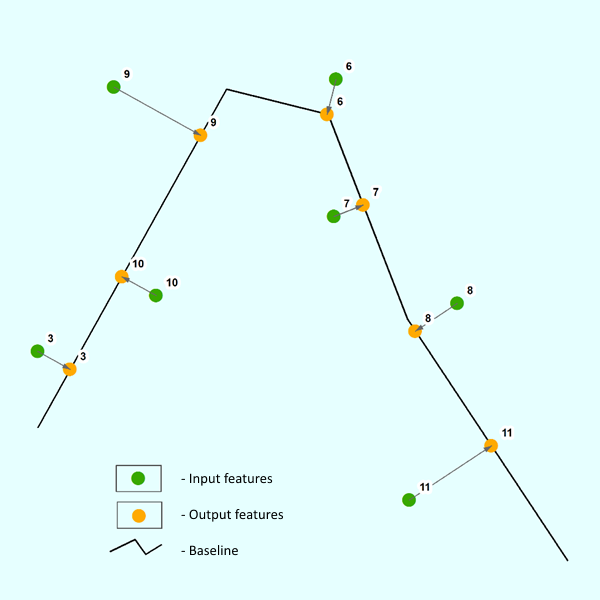 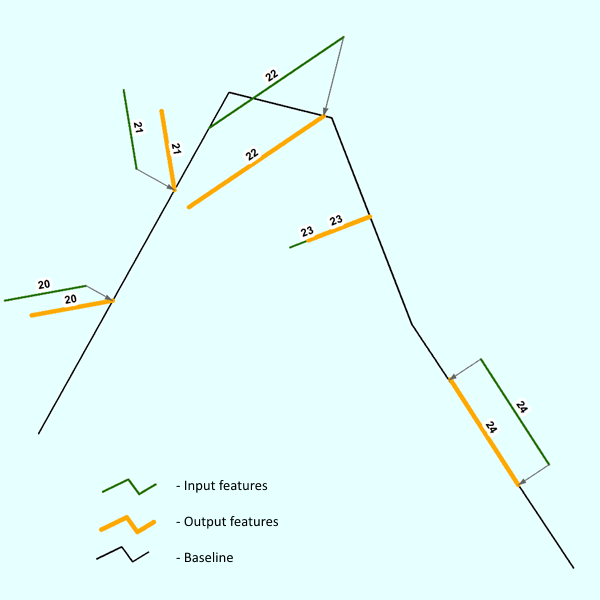 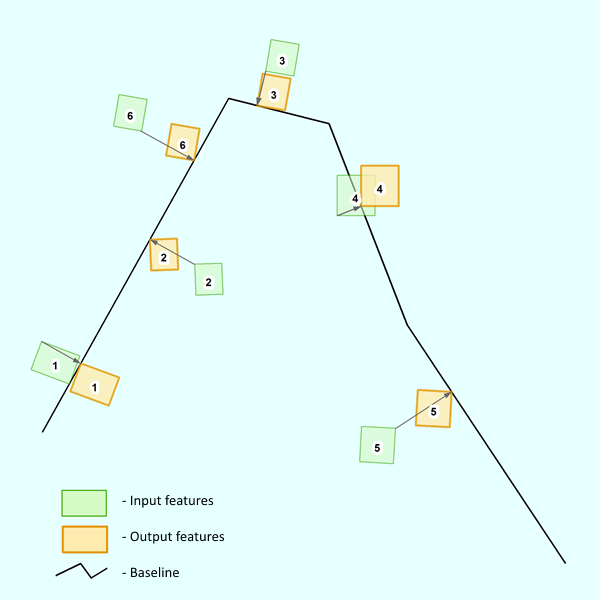