Multipart shapes in polygon, polyline, and multipoint layers can be obtained, for example, after operations with layers that result in breaking an input polygon into several parts due to intersections with overlay layer polygons.

In general, multipart shapes do not cause any critical issues while mapping or performing spatial analysis. But there are some cases when multipart shapes are not applicable, for example, if you need to get information about specific property of the feature (size). 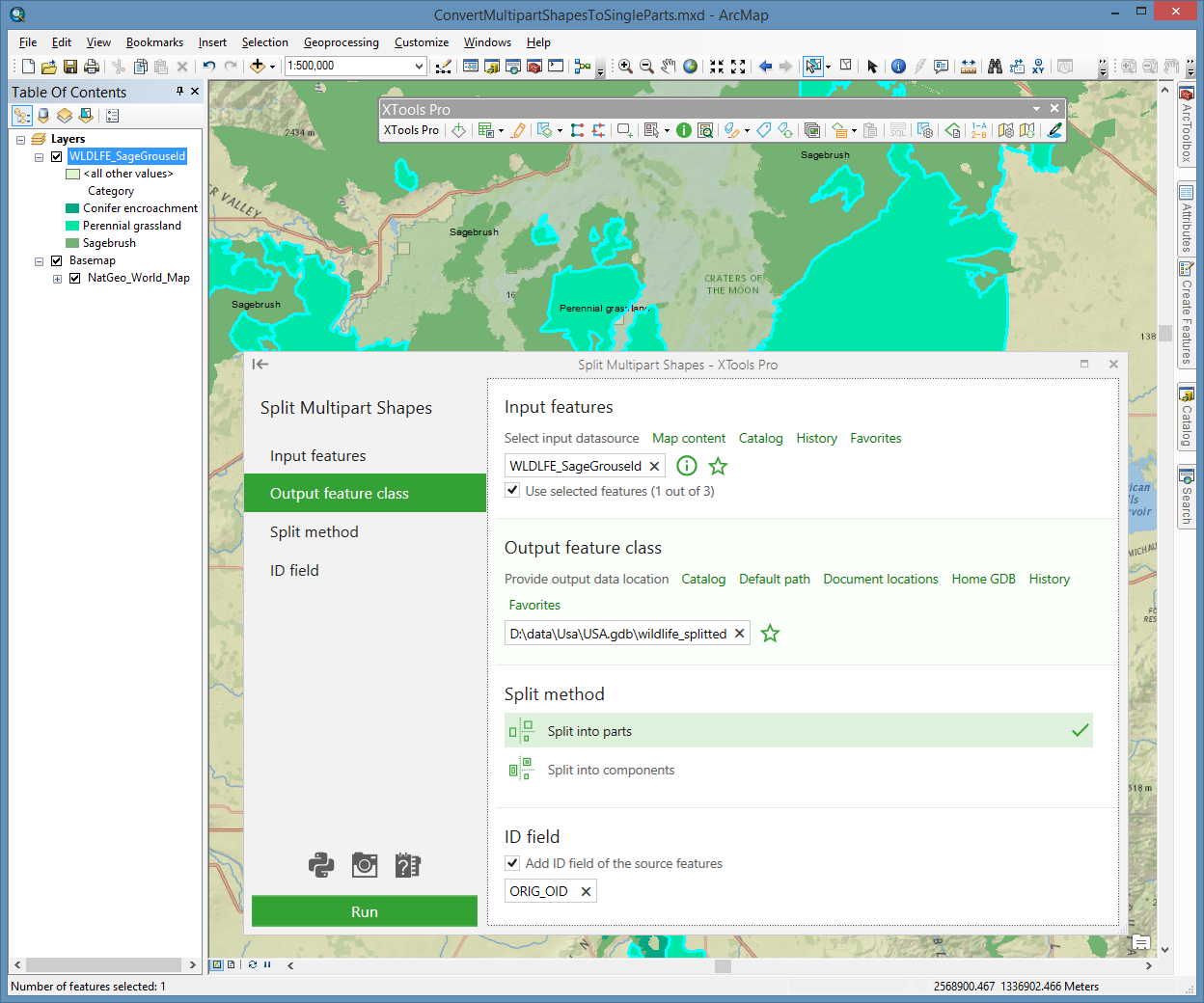 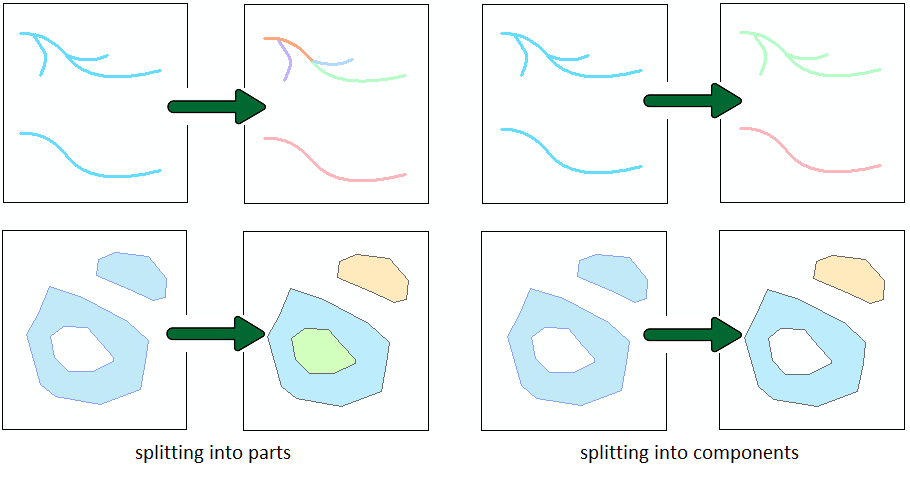 The layer with source features can contain single part, multi-part or mixed shapes. If no features are selected, all layer features will be processed. Input multipoints can be split into parts only, in this case the output features will be points. The output attribute table of features will contain the same fields as the input table.