The "Align Polygons" tool is provided for aligning polygons along specified baseline features. At that, it is possible to define maximum distance to baselines within which polygons will be aligned. 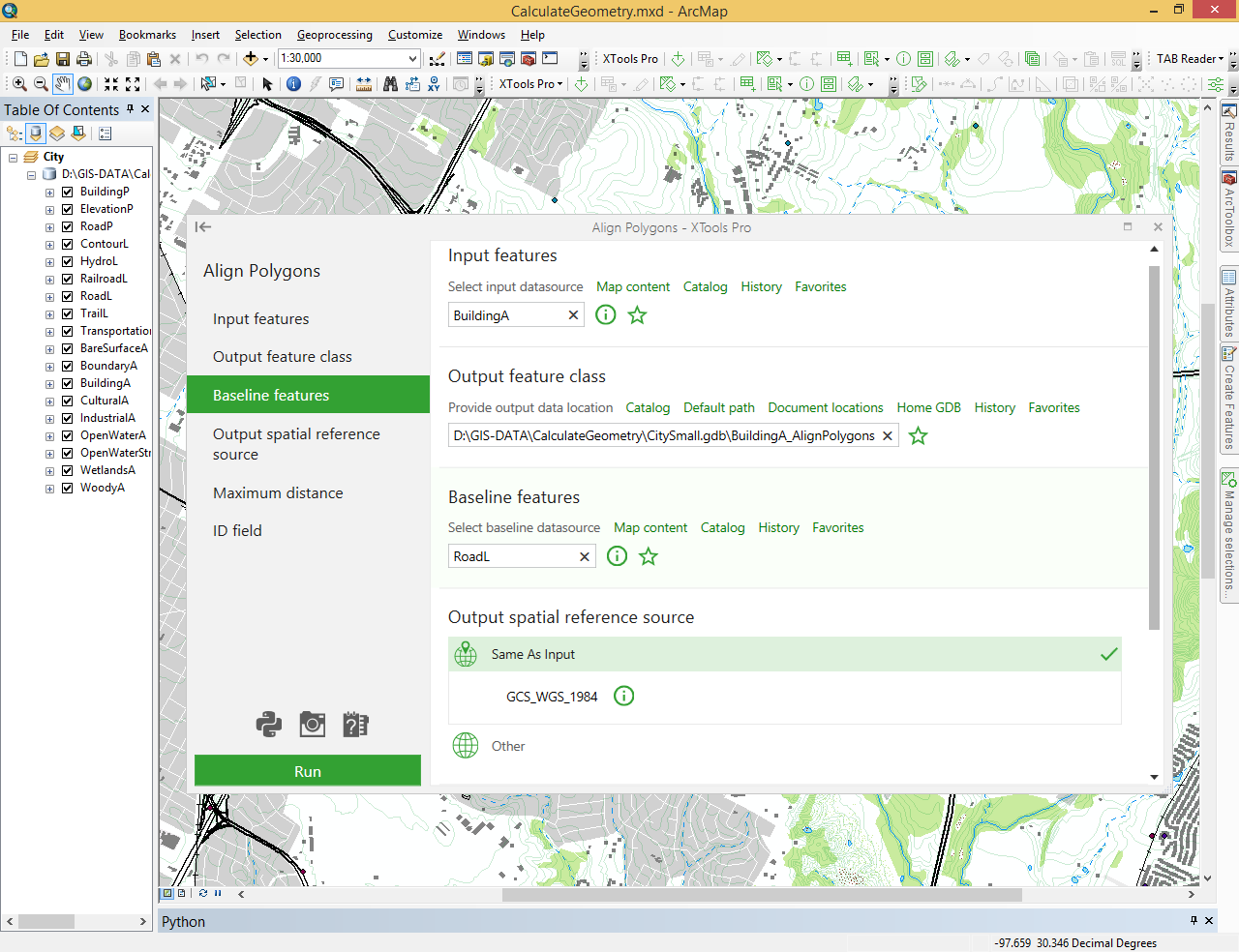 Output polygons are stored in a new feature class (pic. 1, 2).

For each input polygon the tool defines the closest segment of the specified baseline features.

Nearest to a polygon segment of the baseline is taken into account (pic. 4).

If maximum distance is specified, then all polygons located partly or wholly within the specified distance from their baseline features are rotated.

If maximum distance is not specified and a polygon nearest point cannot be projected to the baseline (pic. 5), then it is copied to the output feature class as is without rotation. 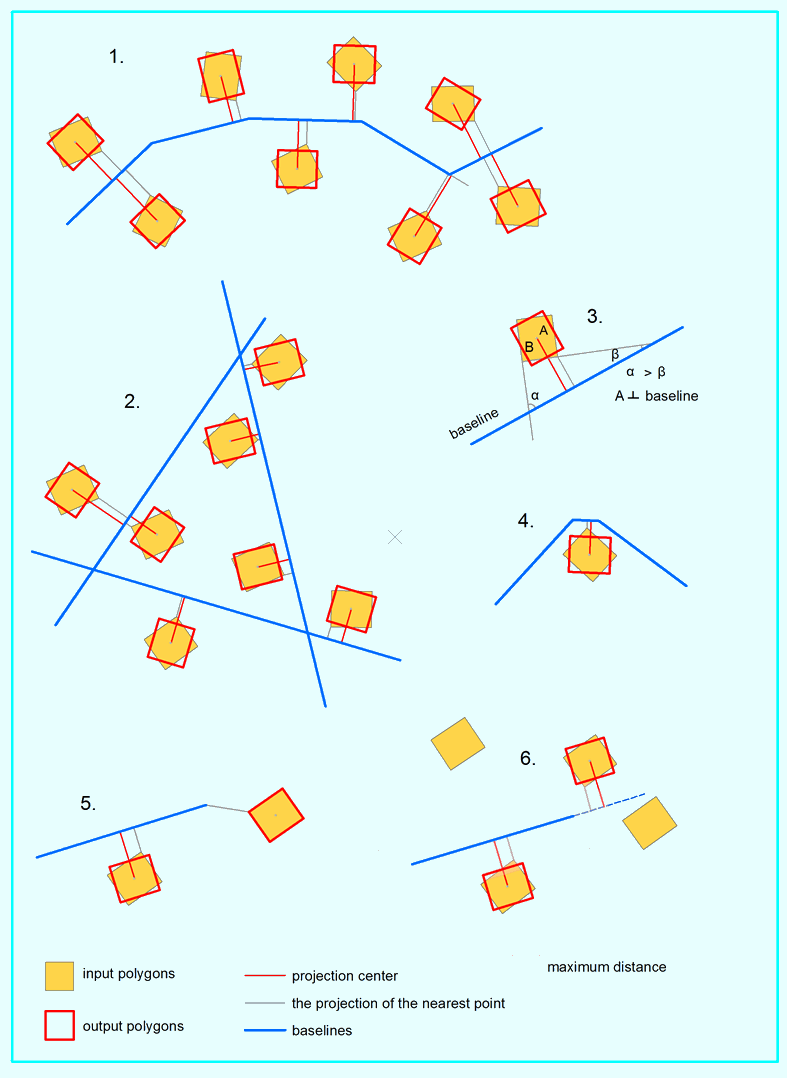 Curves in polygons are densified and then aligned accordingly.
Attributes of the input polygons are transferred to the output feature class. As an option, it is possible to add a field with input feature IDs.