Aimed to splitting polygon features with polylines or polygons of another feature class.

If there is a feature intersecting a polygon, it can be used to split the polygon (for example, if you need to draw forest boundary by road or river). 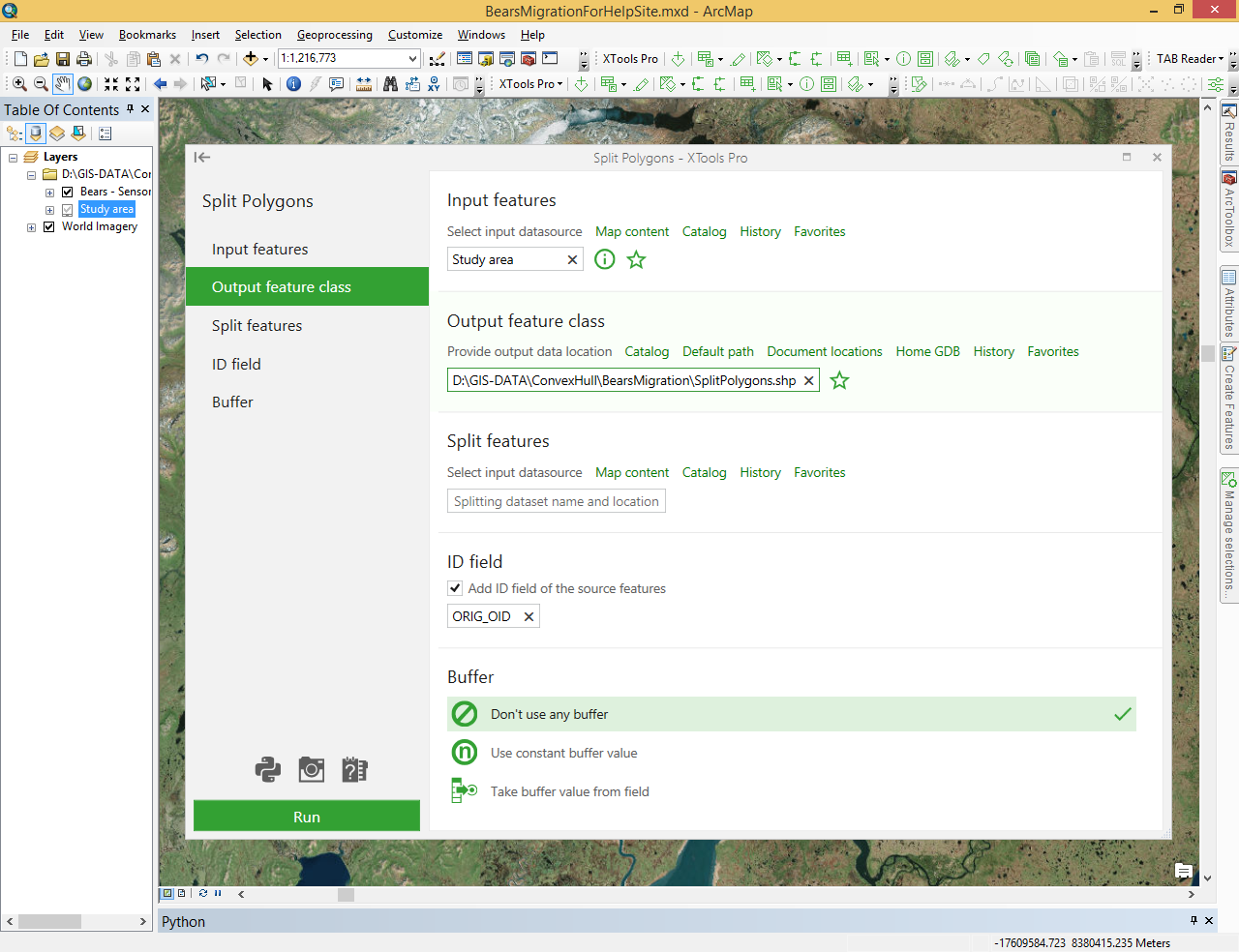 Vector features by which you wish to split input polygons should actually intersect polygons, otherwise polygons will not be split.