Available in XTools Pro for ArcMap

The “Simplify Polylines” tool allows simplifying polylines by removing excessive bends. At that, polyline shape remains as is. 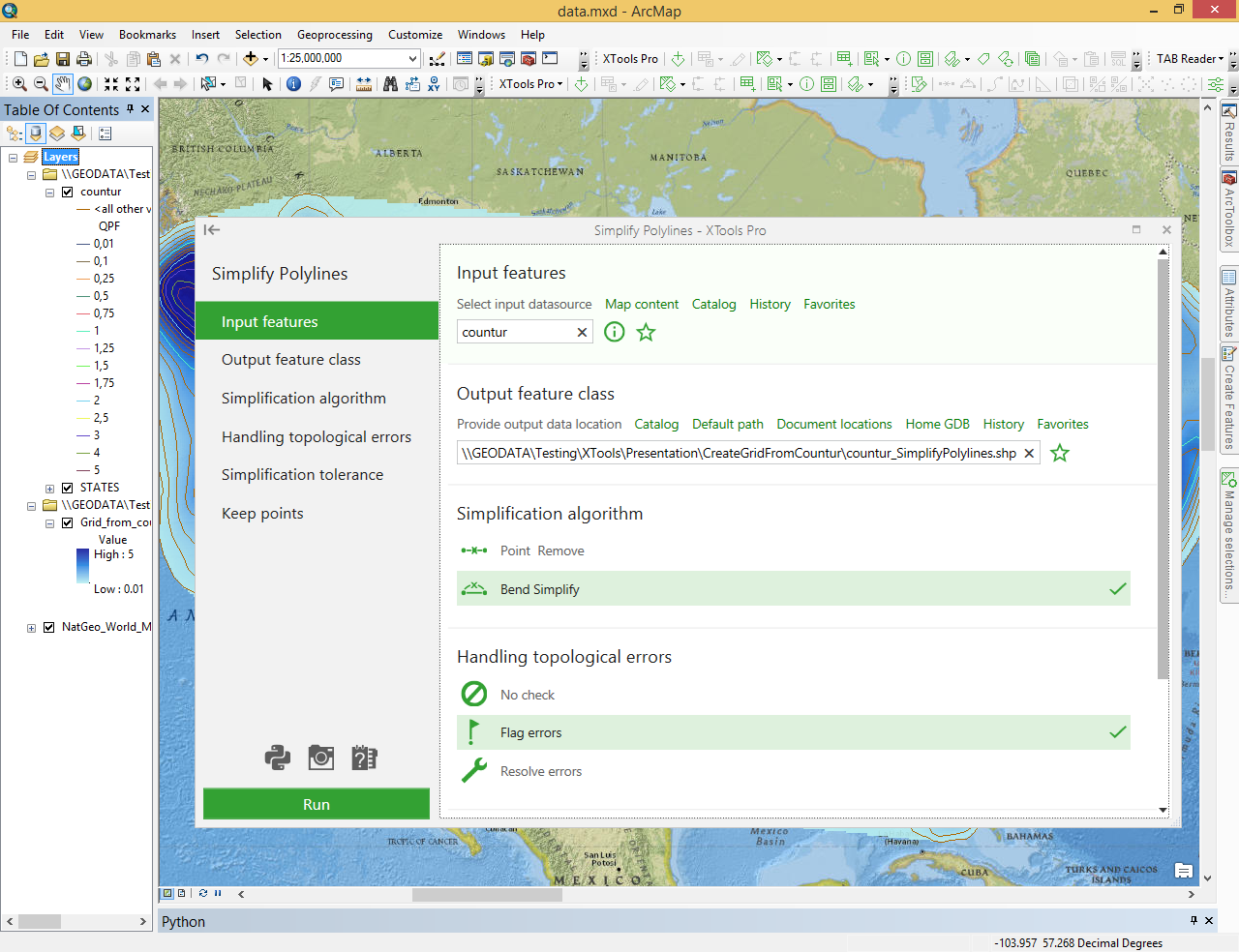 The tool can be used for creating generalized layer from the existing layer (for example, to display river network at different scales).

Specify a degree at which the simplification operation may affect the input polyline features: